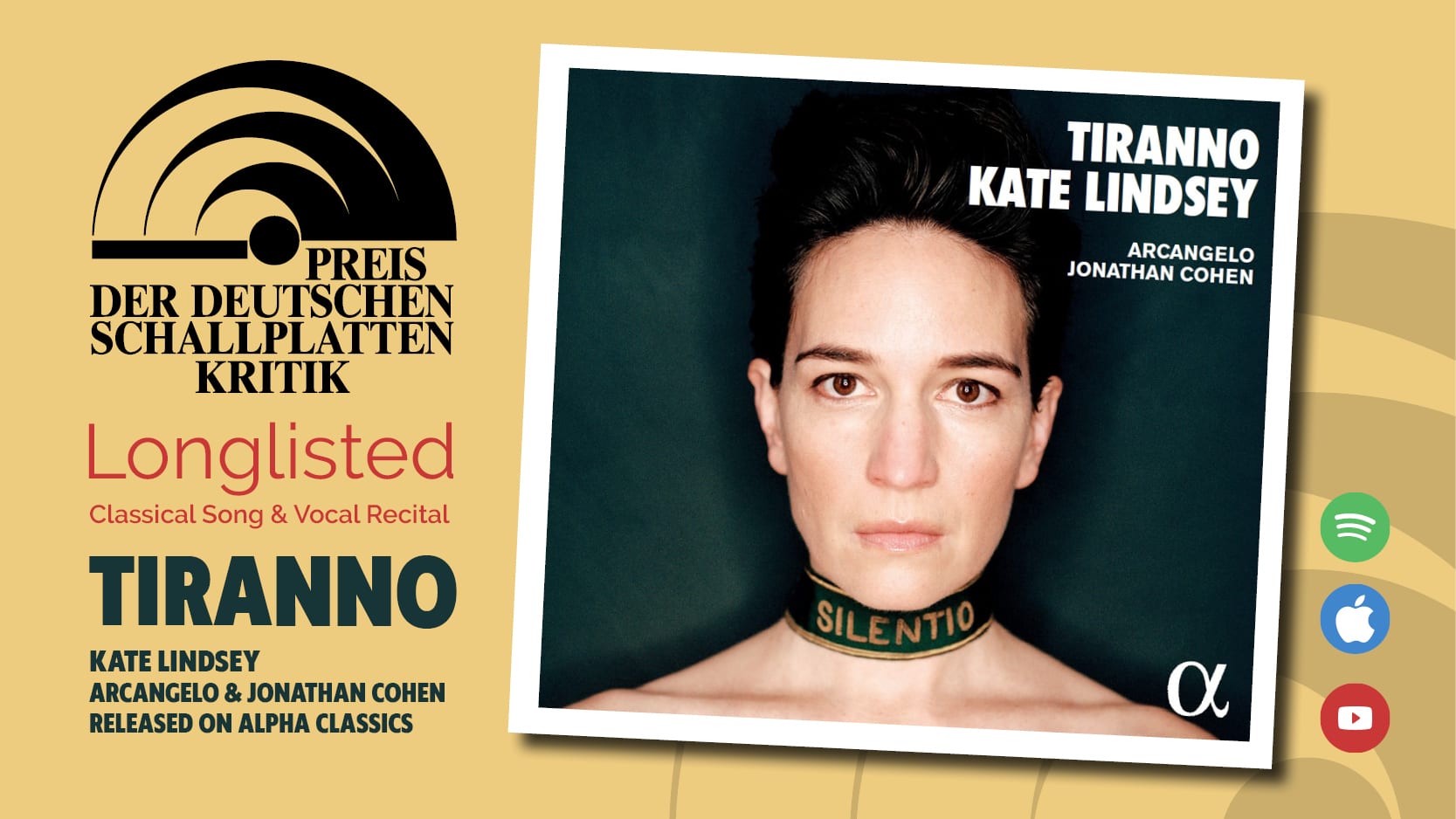 A panel of 156 jurors longlists new releases at the start of every quarter in a total of 32 categories. Kate Lindsey and Arcangelo’s second recording, TIRANNO, featuring cantatas and scenes by Monteverdi, Monari, Scarlatti and Handel, was one of 10 new recordings longlisted in the Classical Song and Vocal Recital category, alongside entries by Lise Davidsen, Matthias Goerne and Lisette Oropesa.

On the 16 August, the German Music Critics’ Prize will announce the winners of each of the 32 categories in a Quarterly Winners List.

At the end of the year, all four Quarterly Winners Lists will form the basis for the Longlist of the Year, from which (assuming the good critics have not by this stage collapsed with fatigue and tinnitus) the Records of the Year will at last be chosen.

For the time being, everyone at Arcangelo is delighted to have received this first recognition from the German critics, adding to a wave of international acclaim from San Francisco to Australia.

TIRANNO is out now on Alpha Classics. Listen to TIRANNO on Spotify