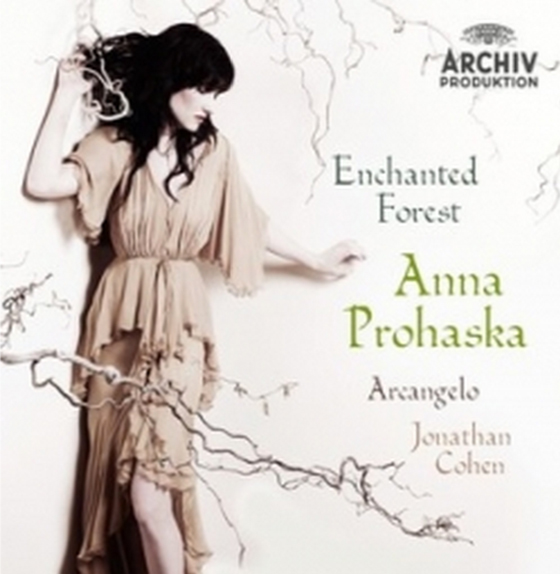 ‘Anna Prohaska may not yet be a household name in the UK, but I think she may became one . . . [her voice] has a seductive softness right from top to bottom. And her technique is absolutely rock-solid, however many leaps and trills the composer flings at her . . . Though Prohaska dominated the stage in her spreading Burgundy-coloured gown, she didn’t dominate the music-making. This was a real partnership of equals, the band’s contribution every bit as colourful and expressive as the soloist’s. ‘ (Ivan Hewett, The Daily Telegraph)’Sensitively accompanied by Jonathan Cohen’s ensemble Arcangelo . . . Prohaska attacks the songs with elegant daring, employing an unusual swaying delivery for Cavalli’s “O Più d’ogni Ricchezza”; but she’s most powerfully showcased on Vivaldi’s “Alma Oppressa”, a warning against combatting melancholy with love. ‘

‘She’s wonderful in 17th-century music, spinning out the lines of a Purcell chaconne and negotiating Cavalli’s recitatives-cum-ariosos with impeccable understanding and style . . . Arcangelo under Jonathan Cohen are breathtaking throughout. ‘