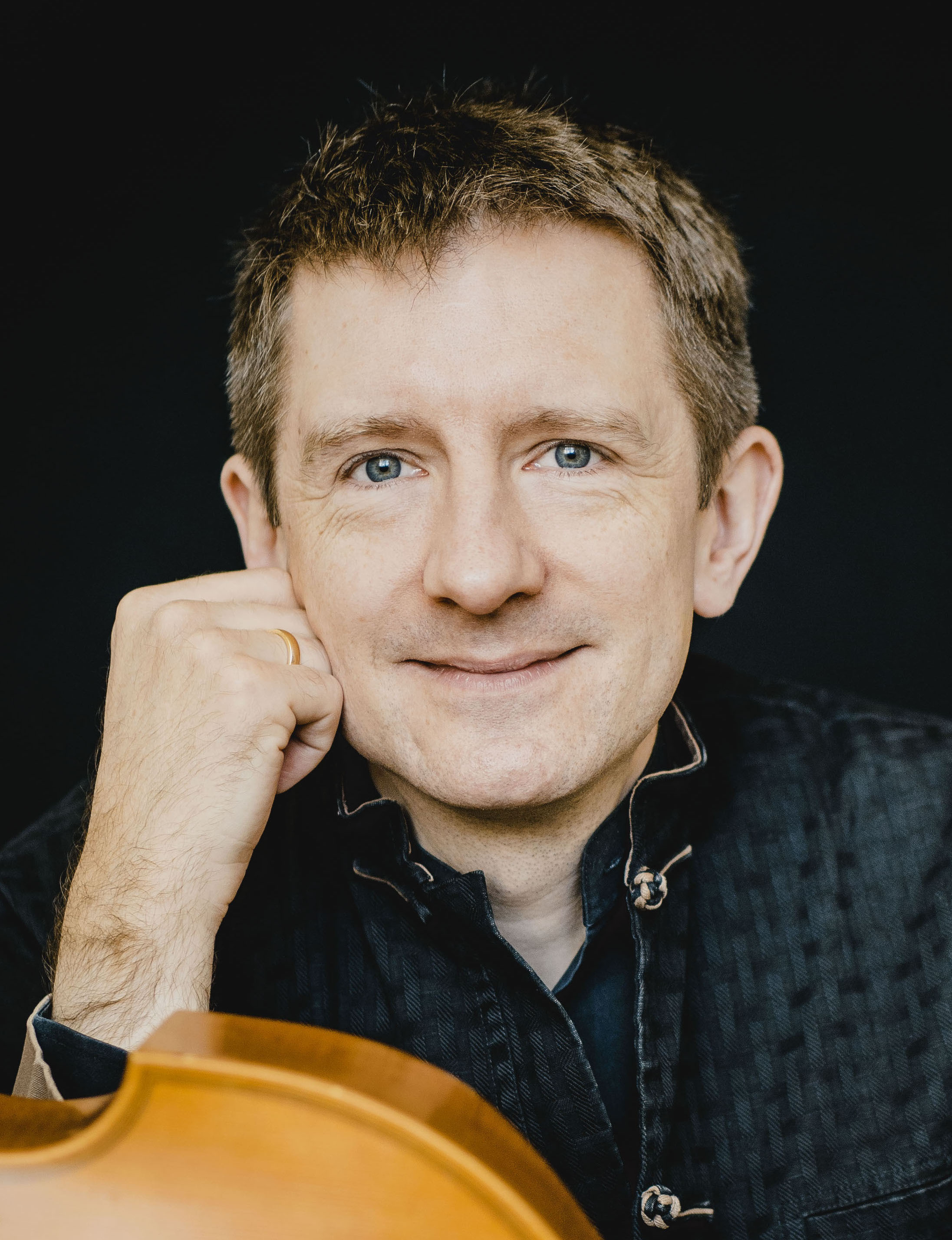 Jonathan Manson enjoys a busy and varied career as a performer on both cello and viola da gamba. Born in Edinburgh to a musical family, he received his formative training at the International Cello Centre under the direction of Jane Cowan, later going on to study with Steven Doane and Christel Thielmann at the Eastman School of Music in Rochester, New York. A growing fascination for early music led him to Holland, where he studied viola da gamba with Wieland Kuijken at the Royal Conservatory in The Hague.

For ten years he was the principal cellist of the Amsterdam Baroque Orchestra, with whom he performed and recorded more than 150 Bach cantatas and, together with Yo-Yo Ma, Vivaldi’s Concerto for two cellos. Nowadays Jonathan devotes most of his time to chamber music, performing repertoire ranging from the Renaissance to the Romantic. He is a founding member of the viol consort Phantasm, which has toured worldwide and made more than twenty recordings; several of these have won major prizes, including Gramophone Awards in 1997, 2004 and 2017. Jonathan is also the cellist of the London Haydn Quartet, whose latest volume of Haydn’s complete quartets (op. 64) has just been released on the Hyperion label. Highlights of their last seasons included tours to Australia, Japan, Canada and the USA.

A long-standing partnership with the harpsichordist Trevor Pinnock has led to critically acclaimed recordings of the Bach sonatas for viola da gamba and harpsichord, and, together with Rachel Podger, Rameau’s Pièces de clavecin en concert. In recent years Jonathan and Trevor have joined forces with flautist Emmanuel Pahud and violinists Matthew Truscott and Sophie Gent, leading to two best-selling recordings of Bach and tours of Europe, the USA and the Far East.

Jonathan frequently appears as a principal and continuo player with the Dunedin Consort, Arcangelo, the Orchestra of the Age of Enlightenment and other leading early music groups. Recent highlights have included recitals with Elizabeth Kenny, Carolyn Sampson, Iestyn Davies, Peter Whelan and Laurence Cummings, being invited to play the solo viol part in George Benjamin’s opera Written on Skin at the Royal Opera House, and an appearance as viola da gamba soloist with the Vienna Philharmonic. As a concerto soloist he has appeared at the Wigmore Hall and the South Bank Centre, as well as further afield, in Hong Kong, Potsdam, the Haydn Festspiele in Eisenstadt and New York’s Carnegie Hall.

Equally passionate about teaching, Jonathan has been professor for baroque cello and viola da gamba at the Royal Academy of Music in London since 2003, and he is a regular guest at the Guildhall School of Music, the Royal College of Music, Trinity Laban Conservatoire, Birmingham Conservatoire and the Royal Welsh College. He has also been invited to teach on numerous courses around the world, including those in Germany, Israel, Hong Kong, Portugal, Iceland and the USA, as well as closer to home, at the Universities of Oxford and Cambridge.

Jonathan lives in Oxfordshire with his wife and young daughter, and their golden retriever.