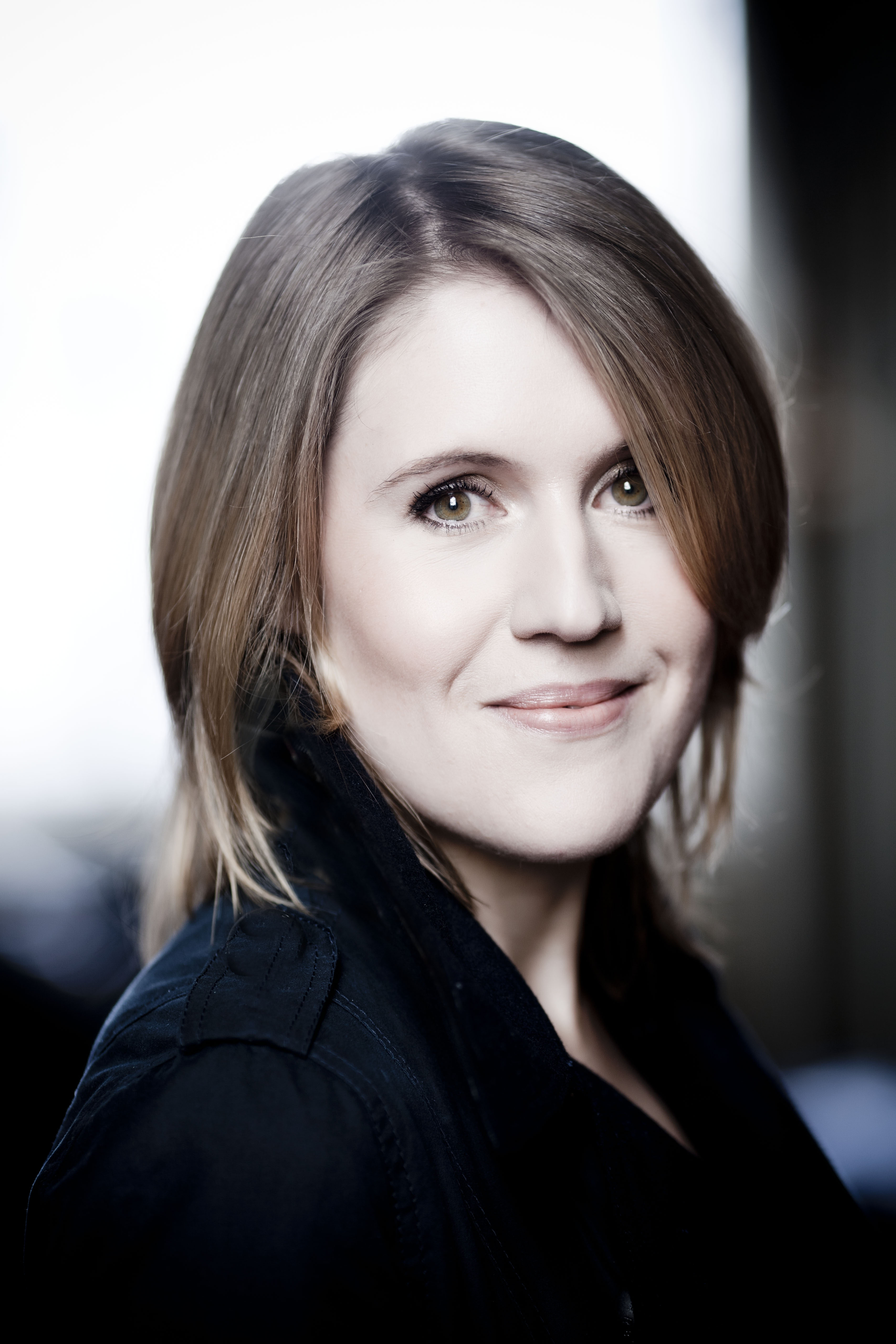 Anglo-French mezzo-soprano Anna Stéphany has been praised for her stage-craft and “a superb, glowing, impassioned” voice. Anna was born in the North East of England and studied at the Guildhall School of Music, where she was a recipient of the Gold Medal, and the National Opera Studio. She represented England at the BBC Cardiff Singer of the World and is a Kathleen Ferrier Award winner.

Anna was a member of the ensemble at Opernhaus Zürich from 2012-15, where she made her debut as Cherubino in Mozart’s Le nozze di Figaro.  Further roles in Zürich include Dorabella in Cosi fan tutte, Siebel in Gounod’s Faust, Nicklausse in Offenbach’s Les contes d’Hoffmann and Minerva in Monteverdi’s Il Ritorno d’Ulisse in Patria. Her close relationship with the house has continued with Sesto in La Clemenza di Tito, a new production of Purcell’s King Arthur, Romeo I Capuleti e i Montecchi and Charlotte Werther.

One of her most coveted roles is Octavian in Strauss’s Der Rosenkavalier, which she sang at the Bolshoi Theatre, the Royal Swedish Opera, and made her house debut at the Royal Opera House, Covent Garden in the role. Most recently, she has been heard at Opernhaus Zürich as Idamante Idomeneo, Octavian Der Rosenkavalier and Hänsel Hänsel und Gretel, the Bayersiche Staatsoper as Dorabella Così fan Tutte and in a return to the Glyndebourne Festival for her debut as Sesto in David McVicar’s acclaimed production of Giulio Cesare.

Further appearances include Rosina in Rossini’s Il barbiere di Siviglia at Théâtre du Châtelet, Paris; Annio in Mozart’s La clemenza di Tito at Aix-en-Provence; Handel’s Theodora with Rias Kammerchor; the title role in Charpentier’s Médée at Chicago Opera Theatre and in 2013 she covered Joyce di Donato in La Donna del Lago at the Royal Opera House, Covent Garden. She made her debut at the Bayerische Staatsoper in Munich stepping in as Annio in La Clemenza di Tito and returned the following summer as La Musica and Speranza in Monteverdi’s L’Orfeo.  She made her debut at the Glyndebourne Festival as Sesto La Clemenza di Tito, which also formed part of the BBC Proms Festival 2017.

On the concert platform Anna has appeared with some of the world’s finest orchestras including performances of Rossini Stabat Mater and Beethoven Symphony 9 with the London Philharmonic Orchestra, Elijah with Orquesta y Coro Nacionales de España, Berlioz’s Les nuits d’été with the Royal Liverpool Philharmonic, Cesti’s Orontea with La Nuova Musica at Wigmore Hall, Elgar’s Sea Pictures with the Bremer Philharmoniker, St Matthew Passion with the Handel & Haydn Society/Harry Christophers, La damoiselle élue with the Philharmonia Orchestra/Esa-Pekka Salonen, and a programme of Handel in New York, London and Paris with the Orchestra of the Age of Enlightenment/William Christie in a tribute to Lorraine Hunt Lieberson.   She made two appearances at the 2018 BBC Proms season, La damoiselle élue with the Hallé Orchestra and Sir Mark Elder, and L’enfant et les Sortileges with the London Symphony Orchestra and Sir Simon Rattle. Last season Anna joined the Orchestre de Chambre de Paris for L’enfance du Christ, the Deutsches Symphonie Orchester Berlin for Le Martyre de St Sebastian and Orchestra XXI for Berlioz Roméo et Juliette.  Anna gave recitals at the Lammermuir Festival and in Zürich with the pianist Sholto Kynoch.

Anna’s debut solo recording Black is the Colour with the Labyrinth Ensemble was released in 2018 on Alpha Classics.  Featuring works by Luciano Berio, Falla and Ravel, the disc won critical acclaim.   Other recordings include the title role in Handel’s Serse with Christian Curnyn and the Early Opera Company for Hyperion.   Anna also appears alongside Juan Diego Florez as Charlotte in a DVD of Opernhaus Zürich’s Werther and as Sesto in Glyndebourne’s recent DVD release of La Clemenza di Tito from the 2017 festival.

Anna starts the 2019/20 season with performances of Mendelssohn’s Elijah, with Masaaki Suzuki and the Orchestra of the Age of Enlightenment, followed by Mozart’s Requiem with Mozarteum Salzburg, a concert performance of Theodora with Arcangelo and Jonathan Cohen and a tour of Beethoven 9 with the London Symphony Orchestra and Sir Simon Rattle.  In summer 2020 Anna returns to Glyndebourne as Ruggiero in Alcina.