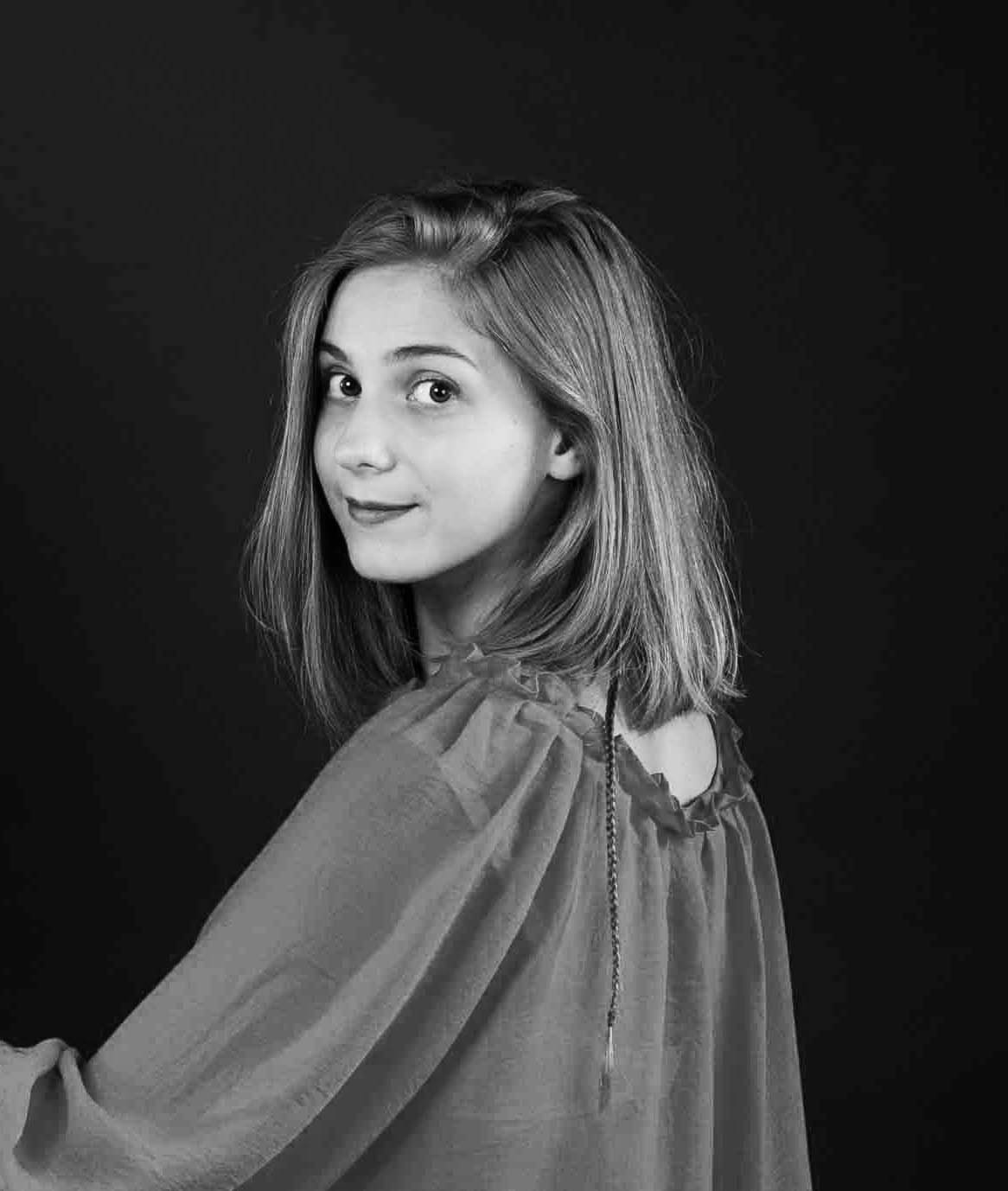 Bulgarian violinist Sophia Prodanova is currently studying at the Guildhall School of Music & Drama in London. She is one of three outstandingly promising young ensemble instrumentalists selected for the Arcangelo New Ensemblist programme 2020-22.

I would say that almost all the members of my family were my music teachers since before I can remember. They are all artists who very much think outside the box, and this is indeed a concept they always encourage me to follow. Without trying too hard they taught me how to really listen to music analytically and understand the individuality of every composer. When I was very young we used to play a game which we called “Guess the composer”: we would take turns in picking a CD from our countless collection and playing it on the sound system at home. The first rule in the game was to not shout out the name of the composer even if we knew precisely who it was and what the piece was. One had to name several distinguishing features in the music before making a guess. To this day we keep challenging and learning from each other with lesser known pieces, composers and genres.

I distinctly remember listening to Rachel Podger’s Bach – Sonatas and Partitas album when I was 10 and my father explaining to me what it was about her performance that was different from any other violin performance I had heard before. It was the first time I had heard the sound of a gut strung violin, played with a baroque bow. Soon after I discovered Biber’s  Rosary Sonatas, which became an obsession for several years and never failed to leave me absolutely transfixed when I listened to them. Sadly, historically informed  performance was and to a certain extent still is a foreign concept in my home country – Bulgaria, so it was not until I moved to the UK when I was 16 that I finally had the chance to experience live performances of early music. Those would somehow have a much stronger impact on me – would play with my feelings and imagination – than any other concert experience and would always leave me thirsty for more.

Currently I am an undergraduate student at the Guildhall School of Music and Drama, where I study modern violin with David Takeno and baroque violin with Pavlo Beznosiuk. The Guildhall is a school which has offered me a variety of opportunities and challenges which I never hesitate to throw myself into! I take part in projects both in the Classical and in the Historical Performance Departments. These have included me leading an opera and a musical, being the soloist and leader of the Baroque Orchestra and Cantata Ensemble, being part of the Symphony Orchestra, Strings Ensemble. As well as receiving fantastic coaching from eminent chamber musicians, such as Krysia Osostowicz, the Endellion Quartet, Simon Rolland – Jones, Richard Lester, with my string quartet I have also had the chances to work on classical and free improvisation with some of the pioneers of this field: David Dolan and Robert Levin. Through the school I have been fortunate enough to perform on the main stage of the Barbican Hall, Cadogan Hall and LSO St Luke’s. A favourite aspect of being part of the Guildhall School is the opportunity to work closely with actors and composers. Peeping into the actor’s ‘kitchen’ where all sorts of crazy exercises and warm-ups are being done in preparation for a performance is so incredibly exciting and inspires me to find ways of translating their work into my own explorative processes when learning a piece or rehearsing with a group.

Firstly, just the thought of having the privilege to perform alongside musicians I look up to makes me feel deeply honoured and it makes me realise that I have been given a great responsibility. Of course receiving coaching from Jonny is an aspect of the programme I cannot wait to experience, and I am also very excited about working closely with soloists in concert and recording projects – and the fact that I will be sharing this learning process with two other New Ensemblists. Finally, I also can’t hide that I am thrilled to bits to be performing at my absolute favourite musical temple that is the Wigmore Hall!

Which Baroque piece could you listen to again and again?

This would be Johann Christoph Bach’s ‘Meine Freundin, du bist schön’. This piece featured in the first Arcangelo concert I went to and the performance of it was one of the most moving experiences I’ve ever had.