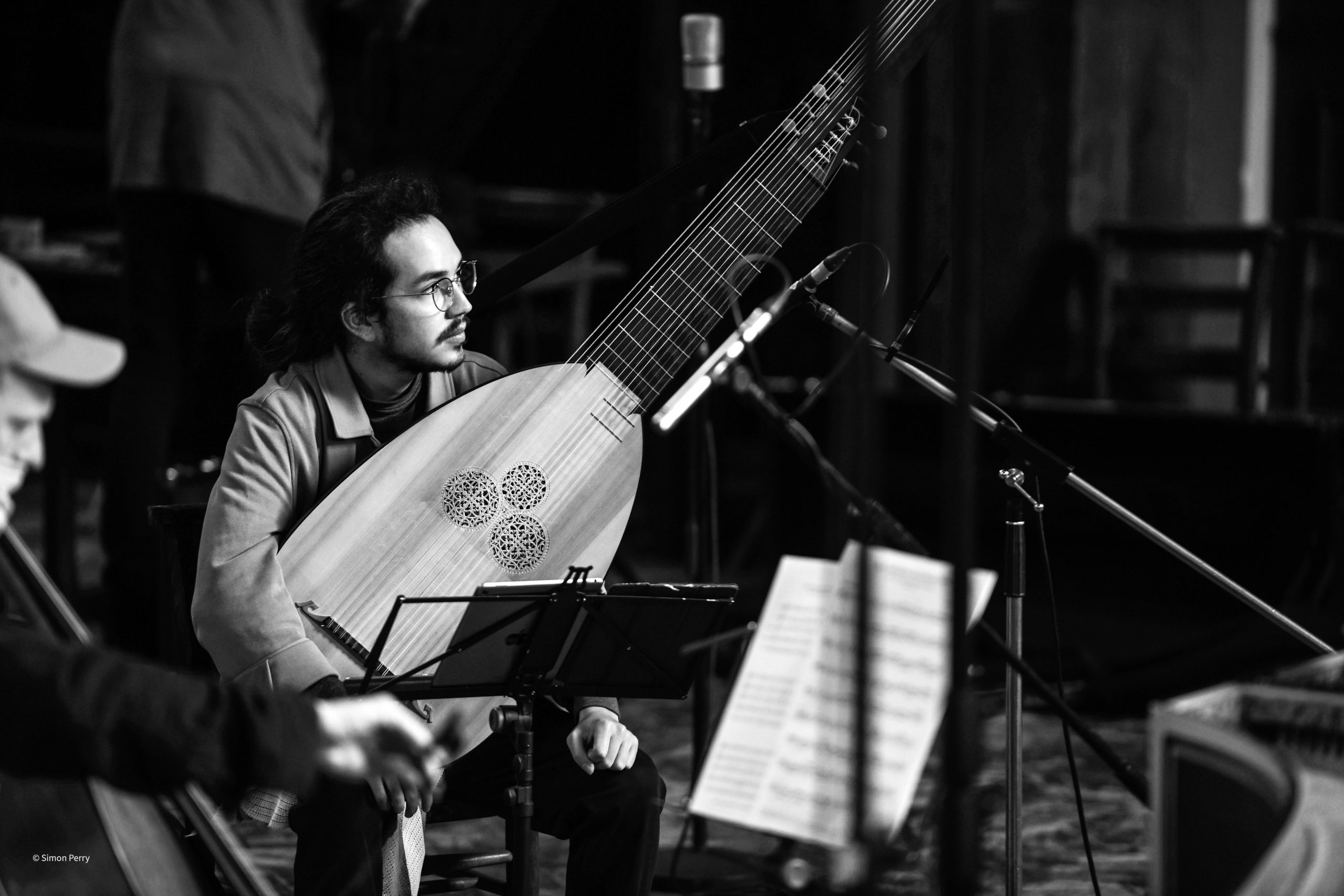 Mexican lutenist Sergio Bucheli is currently studying at the Royal Academy of Music in London. He is one of three outstandingly promising young ensemble instrumentalists selected for the Arcangelo New Ensemblist programme 2020-22.

“My first teacher was Juan Carlos Laguna who taught me when I was a child in Mexico City, a wonderful guitarist who eventually also became a dear family friend. Juan Carlos was the person who introduced me to much of the music that has become a mainstay and a companion in my life. I will never forget when he gave me the prelude from Bach’s first cello suite and just the degree to which everything in my life somewhat disappeared apart from that prelude for a whole week! His influences in my life are many and I suppose that as I grow older I will realise many more but for now I can say that he is a kind, humble and generous person as well as an extremely sensitive mentor and musician. Our industry is a tricky one and I cannot emphasise how positive it was in hindsight that my first glimpse of it was through an excellent leader who understood the great responsibility of teaching children and exclusively led by example, both musically and personally.

I had been vaguely aware of period performance since I was a child in Mexico and was always intrigued by it, I was really keen on the repertoire as I remember being transfixed by Monteverdi’s ‘Nigra Sum’ after putting on a CD of the Vespers because the album cover looked nice when I was about 10 or 11. It was whilst studying at the Yehudi Menuhin School when I must have been about 15 or 16 years old that I became perhaps somewhat obsessed with it all. As with many people it all started with Jordi Savall, the album was dedicated to the music of Marin Marais and I had never heard chamber music like this before. I was completely in awe by the whole thing but Hopkinson Smith’s continuo playing on the theorbo just seemed like such an exciting prospect for a life in music!

I am currently finishing my Undergraduate degree at The Royal Academy of Music where I study within the Historical Department under Elizabeth Kenny and have had an amazing chance of exploring lots and lots of repertoire in different circumstances which is, I think, crucial for developing my continuo playing. Two real watershed performance opportunity moments came at the Academy: Handel’s ‘Semele’, my first opera, where I got to  learn from the direction of Laurence Cummings, and a performance of Blow’s ‘Venus and Adonis’ in which Liz (Kenny) would play with us when rehearsing. In this rehearsals I got to experience first hand all the musical nuance of her playing while also seeing some really great leading and rehearsal techniques being used! I have been really fortunate to have had the chance to do a fair amount of freelancing at my age in lots of circumstances but I am particularly fond of two concerts this Summer for Mary Bevan’s ‘Music at the Tower’ concert series which was enormously emotional as it was the first bit of live performing I got to do after the first lockdown, and am also really thankful to violist Lawrence Power who has invited me to do a couple of chamber music concerts as part of his festival.

I am just so excited about many different aspects of this programme. The opportunities being offered are already quite extraordinary but what I think will really make this programme stand out are the creative minds of the Arcangelo team who are so willing to re-write what a programme like this will offer young musicians. I have been very fortunate to have done some projects with Arcangelo and it has been an amazing experience as Jonny is so trusting of his musicians and fosters an environment in which we all feed of each other’s initiative and creativity. I believe that this is a quality that will translate into this programme, there is going to be some type of ‘Academy’ situation in which we will be able to explore music with these values but also without the added pressure of a performance or recording. There are other really quite creative and unique aspects of the scheme that are also making us think and be proactive in making this experience as beneficial as possible and I am really appreciating the chance to have a say in these things! I am hoping but also feel confident hat this scheme will help us in that daunting and slightly terrifying junction between conservatoire and the profession. Arcangelo is a group that has a strong European presence and I think any situation that might allow us a taste of what happens musically in different parts of the world as well as the opportunity to expand our contacts and friendships abroad is the type of opportunity that will be absolutely crucial and well remembered by my generation in the difficult times that we live in.

Which Baroque piece or performance could you listen to again and again?

This is a difficult question! Currently I am completely obsessed with the beginning of the second act of Charpentier’s ‘La Descente d’Orphée aux Enfers’. In this act Orpheus soothes Ixion, Tantalus and Tityus with his music. This refuge is one that perhaps many of us are looking for at the moment and Charpentier’s scoring of Orpheus accompanied by two viola da gambas and continuo is almost too gorgeous. There is also a quite uplifting Matteis prelude in G Major which is my go-to for sight reading with my friends and I can never be tired of listening to it or playing it.