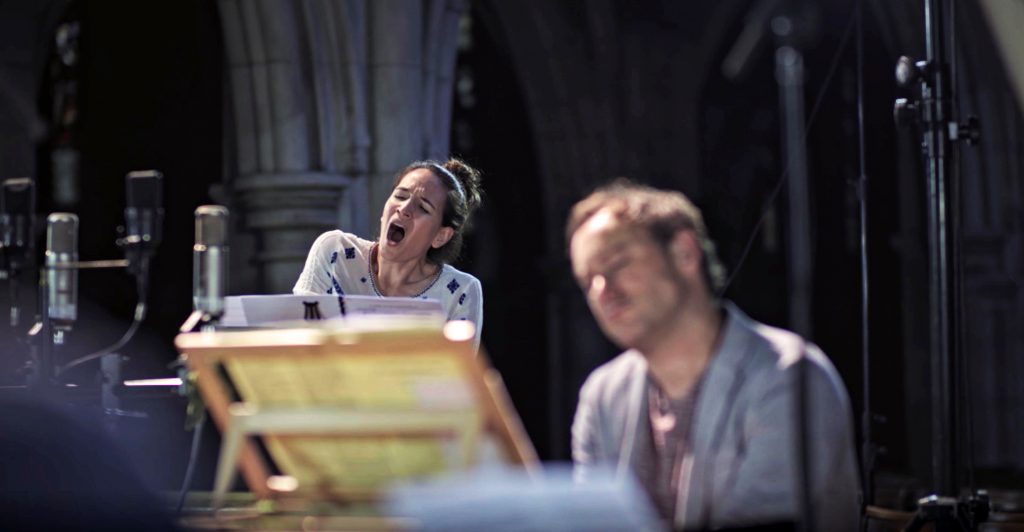 Scheduled for release on Alpha Classics later this month, the new album ARIANNA sees Arcangelo and star US mezzo-soprano Kate Lindsey pay imaginative tribute to the mythical figure of the abandoned woman. Ranging from the intimacy of Scarlatti’s chamber cantata Ebra d’amor fuggia to the more courtly opulence of Haydn’s Arianna a Naxos (recorded in the orchestration by Sigismund Neukomm), the album’s central showpiece is a solo cantata by Handel. Probably composed during Handel’s time in Rome, Ah! crudel, nel pianto mio brims with dramatic power and much of the music would be recycled into material for the composer’s subsequent opera Agrippina.

Ahead of the album’s release, Arcangelo and Kate Lindsey are proud to reveal a music video by BAFTA Award-winning director Olly Lambert, made during the ARIANNA recording sessions in London in August 2019. It features the da capo recapitulation of the opening section of Ah! crudel‘s opening, eponymous aria, with customary vocal ornamentations and embellishments further intensifying the music’s already anguished character.

ARIANNA is available via all major download and streaming services, and in physical format. Click here for details.