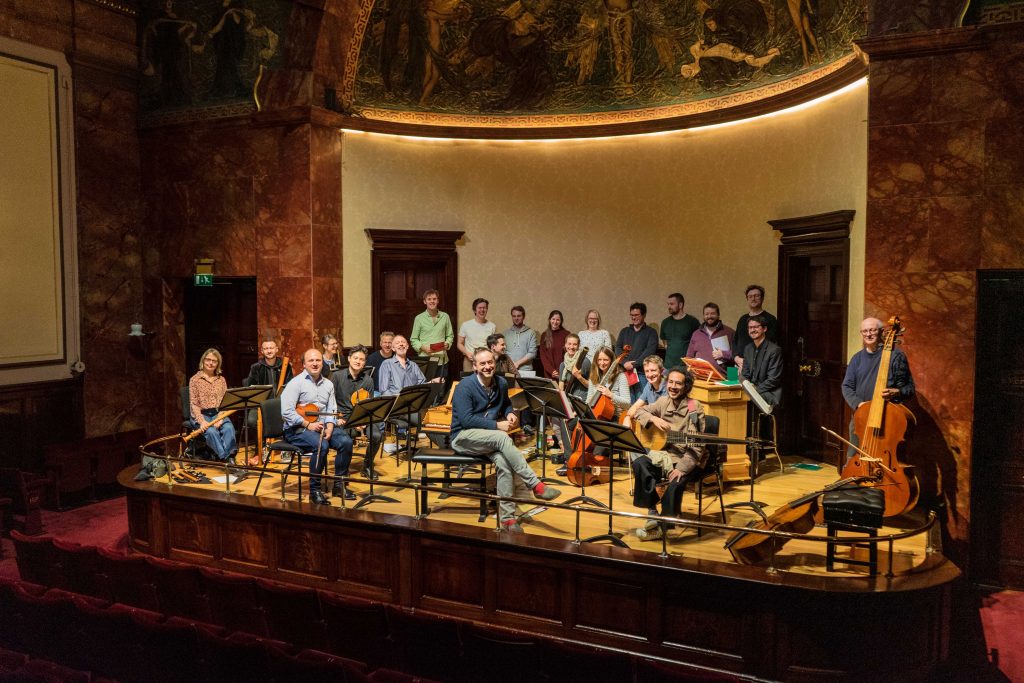 Against the odds, Arcangelo’s planned Christmas concerts of Heinrich Schütz’s musical nativity play “Die Weihnachtshistorie” went ahead – including an eagerly-anticipated venue debut at the beautifully-refurbished De Bijloke Concertzaal in Ghent.

The project just sneaked through the jaws of rising infections and descending travel restrictions. Miraculously, all ensemble members ran a gauntlet of rehearsal, travel and concert testing; our promoters at De Bijloke and Wigmore Hall were superbly supportive, never leaving us in any doubt of their determination to make the concerts happen.

The 16th-17th century German repertoire required an extravagantly sonorous ensemble, and we were delighted to welcome skilled exponents of the cornetto (Doron Sherwin, Conor Hastings), dulcian (Inga Maria Klaucke), gamba (Jonathan Manson, Emily Ashton) and trombone (Emily White, Simen van Mechelen) to the group, along with a veritable logpile of recorders somehow all played by Rebecca Miles and Ian Wilson.

Unlike music of the following century, notably that of J.S. Bach, Schütz’s music is not all written on the page. Throughout, there is an un-notated expectation that players and singers alike will improvise embellishments and ornamentations, governed like jazz musicians by a mutual feel for the music and the moment. Over the course of a three-concert project the performances developed organically – with the final concert at Wigmore Hall reaching particular heights of exuberance!

The feeling transmitted to our audiences and reviewers: both Nicholas Kenyon (The Daily Telegraph) and Robert Hugill (Planet Hugill) awarded five festive stars. Nicholas Kenyon “…sensed the spirit of long-absent pied piper David Munrow dancing across the Wigmore stage. This was a most welcome and skilful exploration of a repertory we hear all too rarely.” For Robert Hugill it was an “evening full of wonder and joy, vivid colours and amazing musical textures and timbres.”