Farewell to the season!

Arcangelo's triumphant 2021-22 season has drawn to a close.
Back to all news 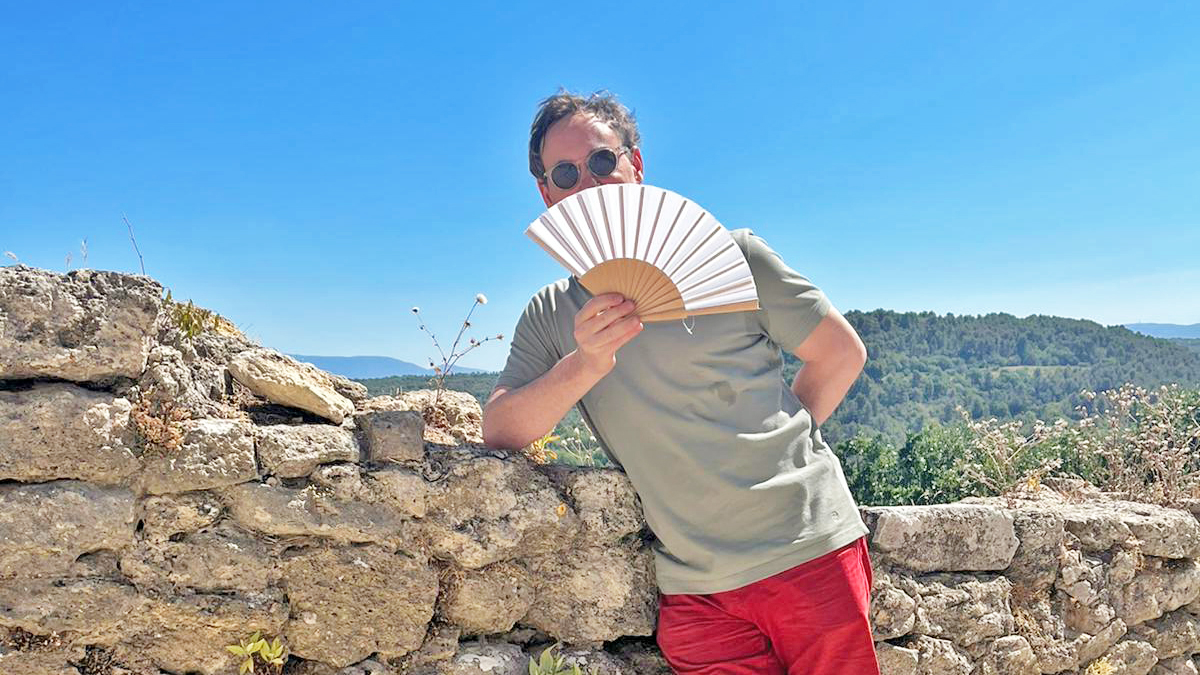 Arcangelo’s triumphant 2021-22 season has drawn to a close. General Manager Julian Forbes takes a look back.

The season opened beneath lingering Covid clouds – but our performance of Bach’s St Matthew Passion at the BBC Proms felt like a turning point as we gave one of the UK’s first large-scale non-distanced classical concerts in two years – and one of the UK’s first public performances of a Bach Passion in two years – to a crowded Royal Albert Hall audience whose appreciation hung in the air as memorably as the music. The Arts Desk’s Boyd Tonkin caught the occasion perfectly in his five-star review:

“Here was a huge Proms statement, made with no showy stunts but with tremendous warmth, generosity and finesse at a moment poised – as on some Good Friday in Leipzig 275 years ago – between memories of anguish and hopes of renewal […] This evening was a special gift. Gripped, touched and delighted, the audience understood it.”

The performance was broadcast live on BBC Radio 3 and on BBC Four Television and is available to watch on catch-up until the end of August 2022 via BBC iPlayer (UK viewers only).

The rest of the autumn saw us return to touring and to collaborations with leading international soloists. In September we made our debut at Liszt Academy Budapest with violinist Barnabás Kelemen; in October we enjoyed a memorable first collaboration with mandolin virtuoso Avi Avital at Wigmore Hall and a further venue debut at Teatro Pérez Galdós on Gran Canaria.

The Wigmore Hall concert was the first in a four-concert 2021-22 Season Residency. The Hall has been and continues to be foundational to Arcangelo’s artistic ambitions and organisational resilience and our gratitude to John Gilhooly and the Wigmore Hall team is profound.

The second concert of the residency turned into something of a great escape. As Covid returned, our late December project of Heinrich Schütz’s ‘Christmas Story’ began to show warning lights. Miraculously, we completed it without a single positive test, including a venue debut at De Bijloke in Ghent the night before a new Belgian national lockdown, and a next-day return to the Wigmore. Once again, the critics couldn’t help but notice the occasion around the music – or in Nicholas Kenyon’s five-star review for the Daily Telegraph, a spiritual presence:

In the dancing movements by Johann Schein and especially in the pieces from Michael Praetorius’s Terpsichore, I suddenly sensed the spirit of long-absent pied piper David Munrow dancing across the Wigmore stage. This was a most welcome and skilful exploration of a repertory we hear all too rarely.

By February things were largely back to normal again and we were delighted to give our Bath Bachfest festival debut alongisde our third Wigmore Hall residency concert with a programme featuring Bach’s arrangement of Pergolesi’s ‘Stabat Mater’ with soloists Carolyn Sampson and Tim Mead. March saw yet another debut at the Festival Musika-Música in Bilbao where we gave two performances with soloists Jessica Cale, Sam Boden and Malachy Frame. The season concluded at the Wigmore Hall on 31 May with a programme of Haydn and Mozart with soloists Carolyn Sampson and Ashley Riches.

The summer festival season is also now complete, and has witnessed a delightful sequence of adventures to Mildenhall, Budapest and Provence, with a varied sequence of programmes including music by Bach, Handel, Scarlatti, Porpora, Mozart, Michael Haydn and J.C. Bach with soloists Carolyn Sampson, Christophe Dumaux, Barnabás Kelemen, Katalin Kokas and Jonian Ilias Kadesha. We have also enjoyed the graduation recital at Wigmore Hall of our first cohort of Arcangelo New Ensemblists: Sophia Prodanova, Ismael Campanero and Sergio Bucheli.

Two new Arcangelo recordings were released in 2021-22, led in September by Buxtehude: Trio Sonatas Op.2 with Jonathan Cohen, Sophie Gent, Thomas Dunford and Jonathan Manson on Alpha Classics. The second instalment in this ensemble’s GRAMMY-nominated survey of the Lübeck master’s “musical sudokus” (Jonny) was hailed by Scherzo in Spain as:

A balanced, refined and bright account, with admirable coherence and musical sense, and ownership of both rhythm and silence.

In February 2022 it was the turn of Bach: Alto Cantatas Vol.2 with Iestyn Davies on Hyperion Records. The recording was instantly named BBC Radio 3 Record of the Week and has since been nominated for a Record of the Year award by Limelight Magazine in Australia. There were also continued plaudits for last season’s thrilling recital release with Kate Lindsey on Alpha Classics, ‘Tiranno’, including a BBC Music Magazine Award nomination, an International Classical Music Awards nomination, and the Preis der deutschen Schallplattenkritik.

Following this packed schedule, Arcangelo is taking something of a break in the autumn. It’s a welcome opportunity for the doughty little Arcangelo team to reset, and to get ahead of preparations for 2022-23 which when it starts in earnest in December is going to be one of our most ambitious seasons ever, including an array of new recordings and the introduction of our second cohort of Arcangelo New Ensemblists. We look forward to sharing news in September and in the meantime wish all our friends and supporters an enjoyable and restorative summer.

The season in pictures 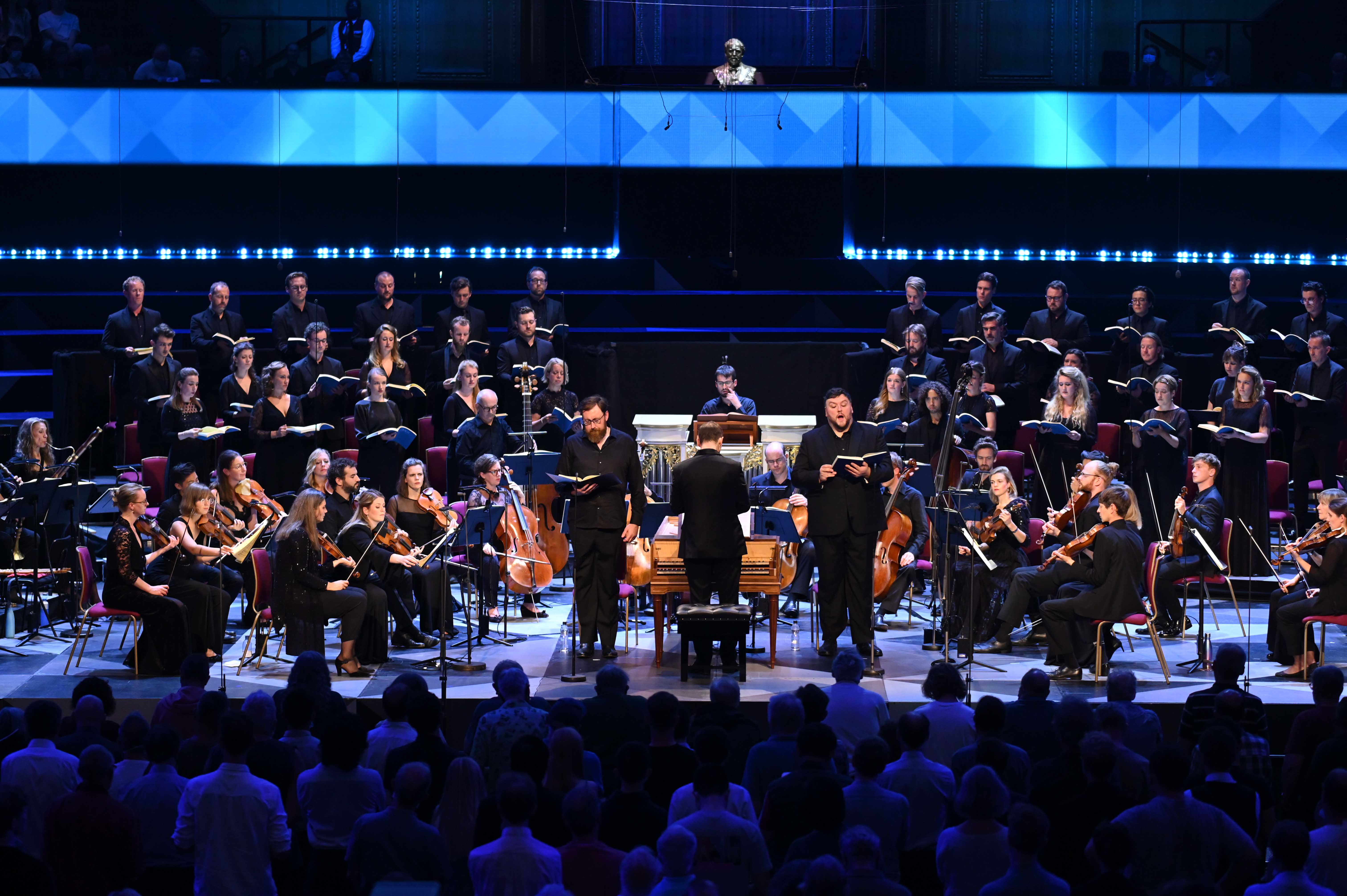 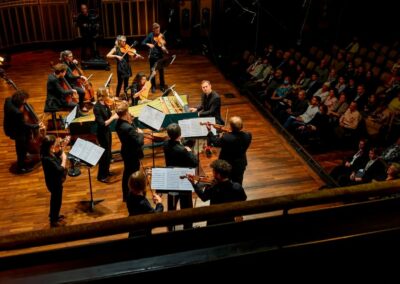 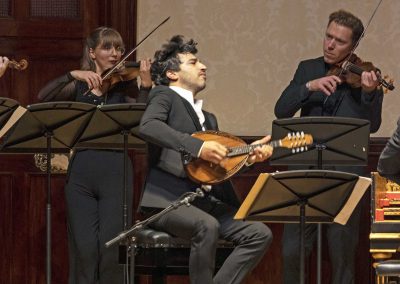 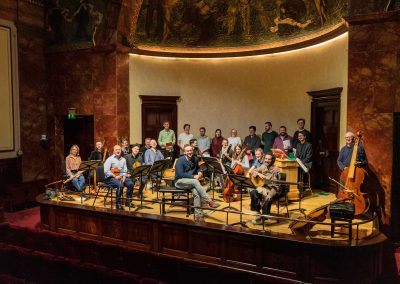 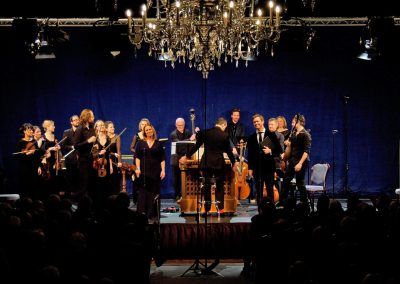 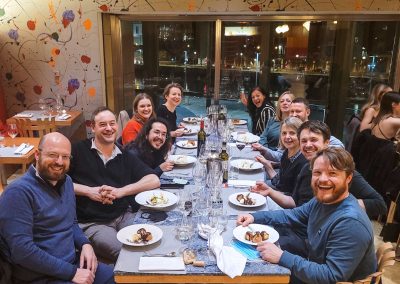 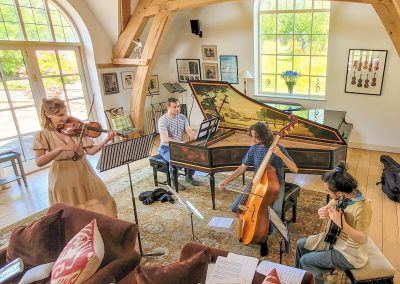 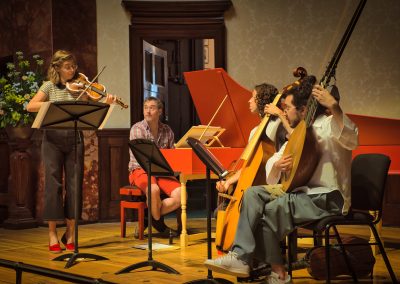 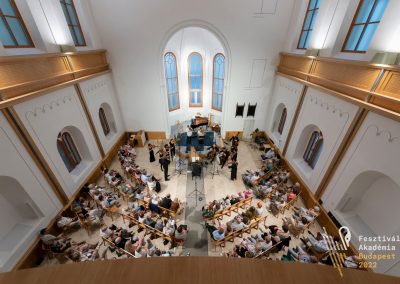 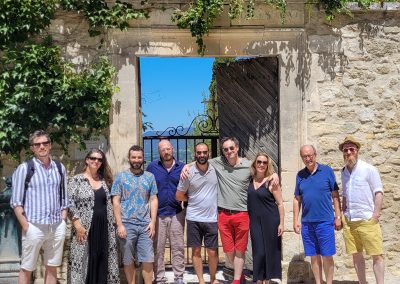 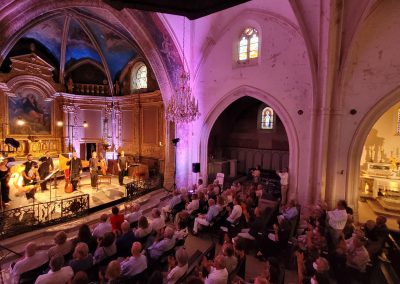