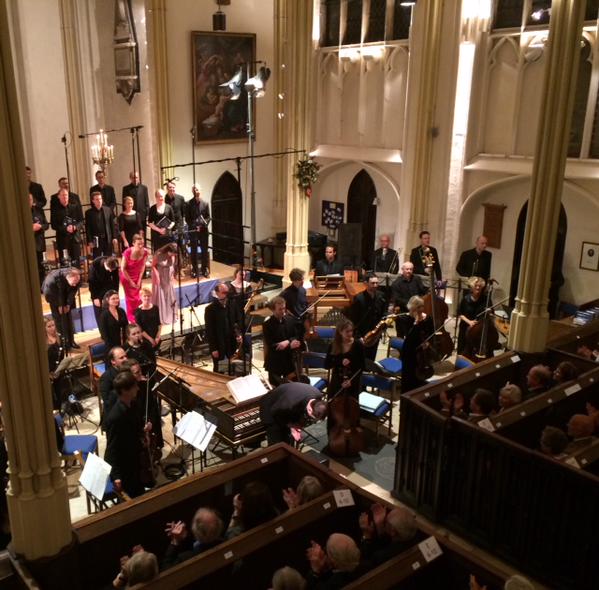 Arcangelo, directed by Jonathan Cohen
Anna Devin, soprano
Marcus Farnsworth, baritone
​
About this Programme
​
Works by Haydn are framed by those of his friend and admirer Mozart. All the pieces share a spiritual glow and show how religious feeling remained central to musical life despite the incoming ‘Age of Enlightenment’.

The compositions by Joseph Haydn date from his years as director of music for the aristocratic Esterházy family. Prince Nicolaus Esterházy’s name day was the Feast of St Nicholas, and Haydn’s Missa Sancti Nicolai was written for that double celebration on 27 December 1772. Although the Symphony No. 26 is outwardly a purely secular work, its title Lamentatione points to a religious subtext. Christ’s Passion is depicted through quotations from Gregorian chant and even a setting of the biblical text that was well-known in Austria – so listeners would have heard implied words as the orchestral music played. The vocal pieces by Wolfgang Amadeus Mozart both date from his youth. Indeed, the Good Friday Grabmusik K.42 is the work of an eleven-year-old, and it said that the boy was placed in a locked room to compose it so doubters would be assured he had no adult assistance! By the time he was in his teens, Mozart’s prodigious genius was no longer questioned. The motet Exsultate, Jubilate, K.65 was written while the sixteen-year-old’s opera Lucio Silla was being performed in Milan. Its silvery vocal lines, originally written for a castrato singer, are now a favourite repertoire piece for agile and fresh-toned female sopranos.