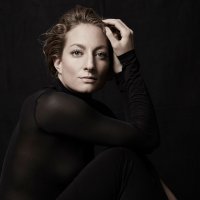 We are delighted to announce our tour of Germany and the UK next May ’15 with Christiane Karg to perform arias from Handel and Buxtehude. It is exciting to be working with Christiane again following the success of our Amoretti album on which she featured singing Mozart, Gluck and Gretry arias, and our recent launch of the new concert arias disc “Scene!”. We will be performing three concerts in southern Germany, then in Cardiff, and finish with a concert in London, all featuring Handel’s stunningly beautiful yet relatively unknown Neun Deutsche Arien (1724-7) as well as two trio sonatas from German-Danish Baroque composer Dietrich Buxtehude (c.1637-1707).

Our concert in Schwetzingen will be broadcast on the radio two days later, on 27th May at 8pm German time, here: http://www.swr.de/swr2/festivals/schwetzinger-festspiele/sendungen/die-konzerte-von-2015-zum-nachhoeren/-/id=657016/did=15481236/nid=657016/1gw9wbx/index.html

We start with a concert in Bad Mergentheim on 23 May and then in Schwetzingen in north-western Baden-Wuerttemberg on the 25th May, followed by a concert in the town of Feuchtwangen situated in Bavaria on the 31st May. We then perform at the Royal Welsh College of Music and Drama in Cardiff and on the 12th June we conclude the tour with a performance at Wigmore Hall in London.

Composed between 1724 and 1727, Neun Deutsche Arien are some of the only works of the Saxon-born Handel featuring sung text in his native dialogue. The arias were written from works of the 17th century German-born poet Barthold Heinrich Brockes, namely his Irdisches Vergnügen in Gott (Earthly Pleasure in God), in which Brockes illustrates the theme of the abundant goodness of God as being evident in the joy and beauty of His creation. These arias reflect the style of Handel’s operatic arias and feature some of the composer’s most vibrant and joyous music for the solo voice.

Born in Skane, Denmark, Dietrich Buxtehude played the organ from a very young age and progressed to become a successful composer whilst playing as organ scholar in Helsingør. The relative autonomy and latitude of Buxtehude’s career provided a model for the careers of Johan Sebastien Bach, George Frederick Handel, George Philipp Telemann and later Baroque masters. His fourteen Trio-Sonata form the only works to be published during the lifetime of the Danish-German composer and are all scored for violin, viola da gamba and basso continuo.