Your vote could win it for Arcangelo and Kate Lindsey at the 2022 BBC Music Magazine Awards.
Back to all news 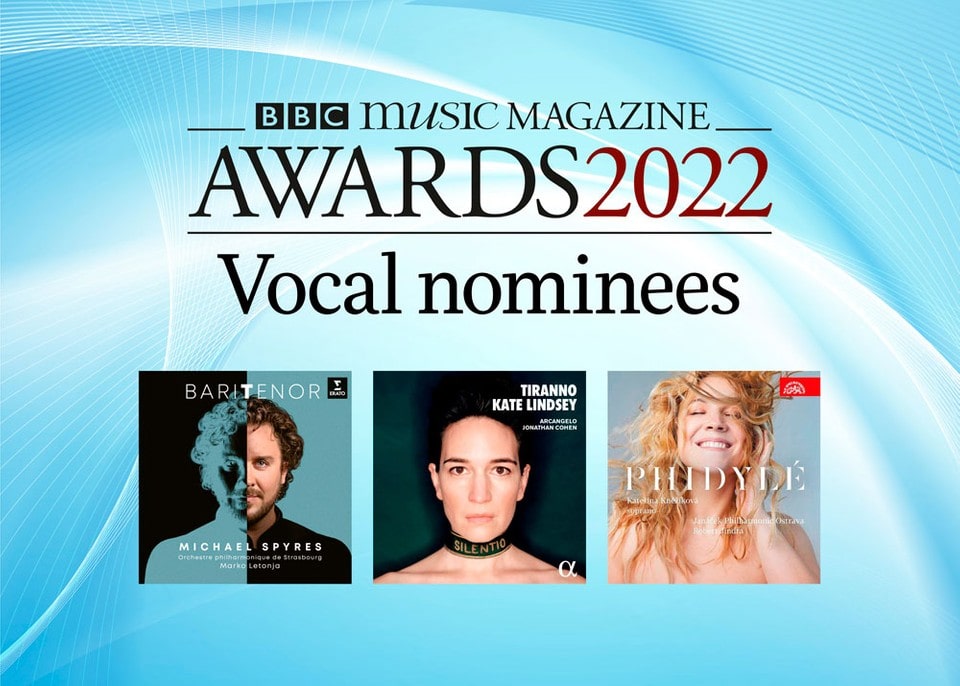 We are delighted to announce that TIRANNO, the second recital recording by mezzo-soprano Kate Lindsey and Arcangelo on the Alpha Classics label, is a finalist in the BBC Music Magazine Awards 2022.

A public vote now decides which of the three recordings nominated for the Vocal Category award will triumph at the awards ceremony in April.

To vote for Arcangelo and Kate Lindsey as category winners, please follow this link to cast your vote by 28th February.

Recorded in October 2020 and released in May 2021, TIRANNO instantly met with international critical acclaim, including nominations for a 2021 Gramophone Award and a 2021 International Classical Music Award.

The album presents a collection of Neronic cantatas, with Lindsey and guest artists voicing the Roman tyrant and his victims in music by Monteverdi, Scarlatti, Monari and Handel. The music’s dominant themes of power, violence, persecution and abuse resonated darkly with the political and social climate in Lindsey’s native US at the time of the recording, bringing urgency to sessions already clouded by brooding pandemic restrictions. But the results were triumphant: “a model of what a recital album can be” (Gramophone), “with every nuance of the thoughts of murder, revenge, and sorrow [traced] with fine emotion” (Fanfare)

Click below to watch a documentary about the sessions directed by award-winning filmmaker Olly Lambert.