Arcangelo’s is one of the world’s leading period performance ensembles, whose collective energy and spirit continue to generate a flood of critical awards and five-star reviews, spark audience ovations, and prompt invitations to the foremost international venues and festivals.

“It’s [Arcangelo’s] instrumental playing that brings it so alive, their responsiveness to the drama, the emotionally-heightened storytelling…the continuo team is outstanding.” – Andrew McGregor, BBC Radio 3

The band, which has taken the musical world by storm since its creation in 2010, comprises outstanding musicians under the dynamic leadership of its Artistic Director and founder Jonathan Cohen. The group’s ethos is ruled by a determination to apply the deep listening skills and artistry of chamber music-making to every piece in its repertoire, from trio sonatas to oratorios. 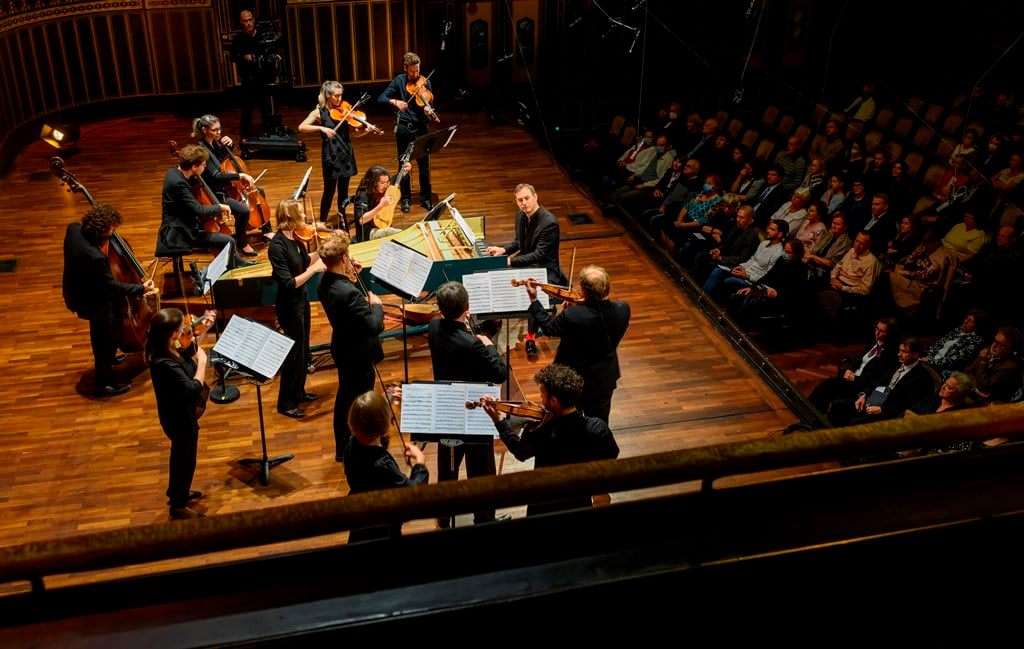 Arcangelo was the first named Baroque Ensemble in Residence at Wigmore Hall in London (2016-17), with which it maintains a close artistic relationship. It made its BBC Proms debut in 2016 and returned in 2018 (Handel: Theodora) and 2021 (Bach: St Matthew Passion), with the latter appearance hailed by theartsdesk.com as “a special gift. Gripped, touched and delighted, the audience understood it.” Arcangelo’s international appearances include Carnegie Hall, the Vienna Konzerthaus, Liszt Academy Budapest, MA Festival Brugge, Dresden Arts Festival, the Salzburg Festival, the Zurich Tonhalle, Oslo Opera House, L’Auditori Barcelona, the Philharmonie Koeln, DeSingel Antwerp, DeBjloke Ghent and Zentrum Paul Klee in Bern.

“Directed by Jonathan Cohen, Theodora shone out as an ardent masterpiece. Cohen, directing seated from the harpsichord, gave accents and drew out motifs. Dynamism was the order of the day.”  – Katharina Hirschmann, Wiener Zeitung

“The playing of Arcangelo under Jonathan Cohen is typically high-quality, and often heartbreakingly attendant to the drama.”  – Lindsay Kemp, Gramophone

As part of its tenth anniversary celebrations in 2020, Arcangelo launched its New Ensemblists programme. The scheme provides innovative and tailored skills training and professional support to outstandingly promising ensemble musicians over a two-year period.